How We Became a Carbon Neutral Business

Home/News/How We Became a Carbon Neutral Business
Previous Next

How We Became a Carbon Neutral Business

Since we started our office fruit box delivery service back in 2013, workplace wellness has always been our #1 priority. As the years went on, we realised that we also had to look at bettering the world around us and not just the workforce we served. More and more workplaces around the country were joining the #eatmorefruit revolution and signing up to our service every week. While this was fantastic to see, it also meant that we had more and more delivery vans on the road! Becoming a carbon neutral business soon became a major goal of ours.

We all know that massive tech companies have made Ireland their home in the past two decades. One of the big questions however is, ‘how much do they contribute back’?. The Fruit People want to be part of a growing group of Irish businesses who lead the way when it comes to environmental action.

After much consideration and countless hours of research, we decided that working with Go Carbon Neutral was the answer to our problems. Their ambitious campaign is to place ‘’Irish businesses at the forefront of global climate change mitigation projects’’. 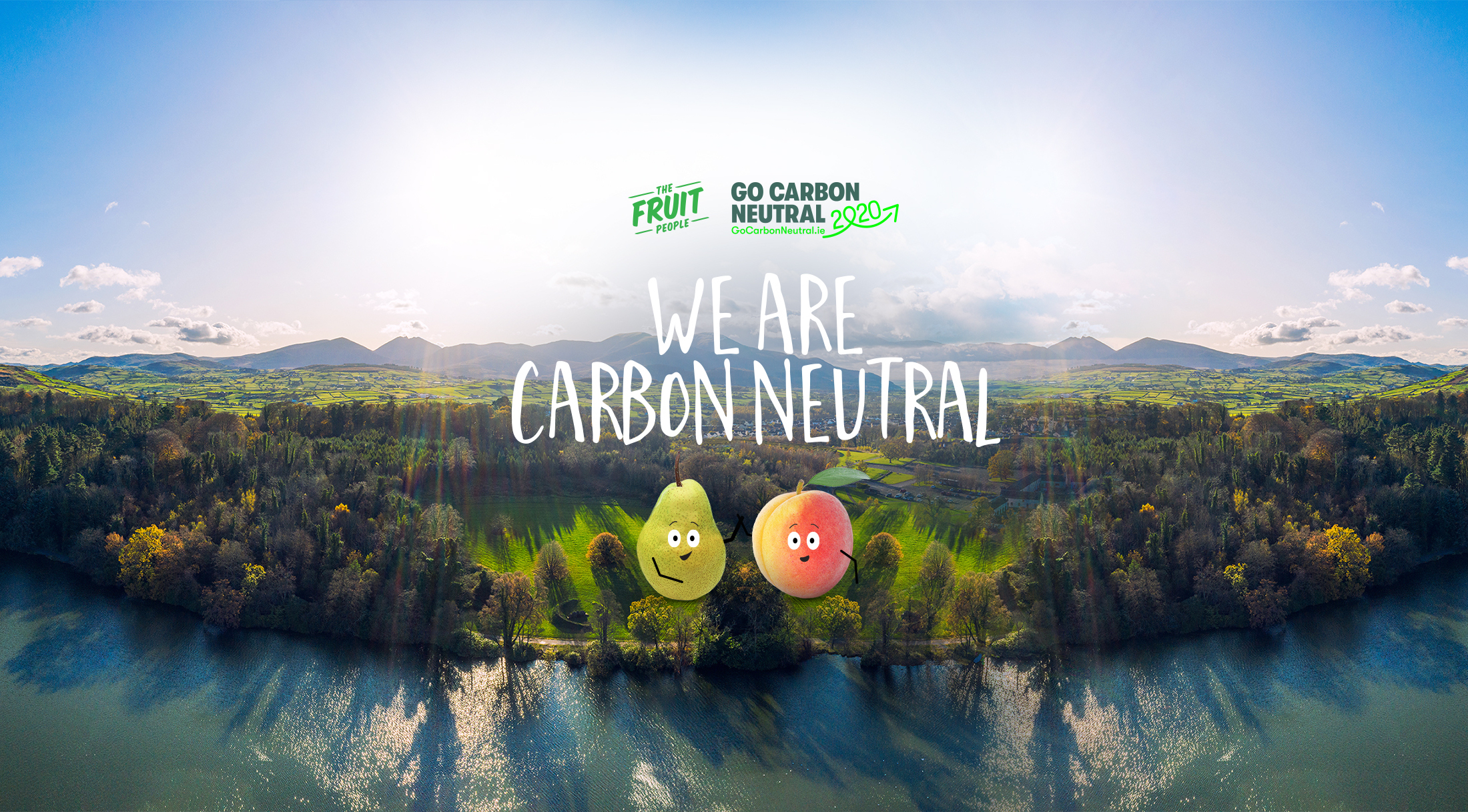 Here are a few stats from Go Carbon Neutral’s website.

2019 saw The Fruit People have the most delivery vans we’ve ever had on the road. While this is great for business and shows an appetite for workplace wellness, we also knew that we were contributing to rising carbon emissions!

Go Carbon Neutral aims to bring 250 businesses together in 2020 and to plant at least 200 acres of trees. Their goals include protecting and restoring native Irish woodlands and fostering biodiversity. As mentioned above, while Ireland is known for its green landscape, we are actually so far behind the rest of Europe in terms of forest cover!

Planting native trees not only offsets carbon emissions, it can restore native woodland. Go Carbon Neutral will use a practice known as Continuous Cover Forestry to achieve this. This work will all be verified by third-party auditors to ensure the right methods are being used. To become carbon neutral, we worked with Go Carbon Neutral to determine our current and projected emissions. Specific woodlands were then planted to offset these emissions and thus, The Fruit People became carbon neutral!

We look forward to detailing the journey with you all over the coming months. If your workplace is interested in joining the initiative, get in touch with GoCarbonNeutral.ie!