Dublin and its environs have never been better served by fitness, wellbeing and team building activities. Of course, offices can easily be revolutionised with our fruit, fresh essentials and superfood deliveries, but also mark these dates and events in your diaries for this year – 2016’s all about fitness, fuel, charity and fun!

Why run endless miles on pavement? Tough Mudder is returning to Loughcrew on 9th and 10th July 2016, promising to push every entrant to their limits. Another year, another gut-busting course awaits – thick mud, rolling hills, deep woods and plenty of fitness-testing obstacles. Tough Mudder is for anyone who’s ever followed their gut, tried to defy gravity, taken risks, sought thrills or chosen ‘dare’ over ‘truth’. Not a race, this 10-12mile (18-20KM) course is a team-centric event to boost camaradie and test physical strength, grit and endurance. Create a team of friends, colleagues, family or go it solo.

Ready for “Ireland’s toughest mental & physical endurance challenge?” A gruelling and incredibly challenging off-road obstacle course, Hell and Back promises to push participants to their limit. With a major emphasis on teamwork and camaraderie, help your fellow office hell-raisers up for a physical endurance challenge. Taking place for the third year on both 25th and 26th 2016 in the magnificient surrounds of Kilruddery Estate at the foot of the Sugar Loaf, this is also the perfect opportunity to raise money for a charity or club of your choice – trust us, your accomplishment as you pass that finish line is worth its weight in gold! Entry begins from as little as €52.

Fast approaching its centenary, the Dublin City Liffey Swim is an annual open sea race – one of the world’s foremost competitions of its kind. Lining the quays, well-wishers will will around 200 swimmers to battle the Liffey downstream, though each entrant has to compete in six qualifying rounds to ensure their up to the task. Take in this test of endurance and fitness whilst enjoying an altogether different view of the city centre, racing under the city’s bridges. This year’s competition is on 6th August 2016.

Likewise, the Dun Laoghaire Harbour Race (21st August) is considered just as prestigious to compete in, held for over 80 years in the south Dublin port, comprising a 2,200m race around the circumference of the harbour against the might of the Irish Sea. 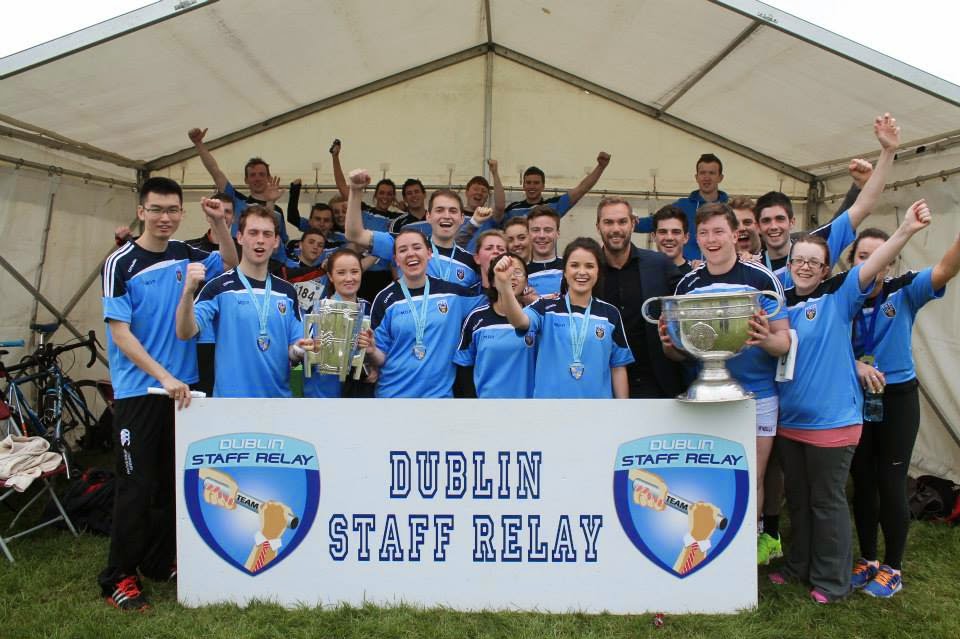 After a breather in 2015, Dublin Staff Relay returns in 2016 on 19th May for its fifth outing. Marketed as Ireland’s premier staff night out, the event encourages workers from all over Dublin and its surrounds to join their colleagues in a fun 5 x 5km relay race. Public service meets private sector, bankers join bakers, gardai take on waiters, and nurses line up beside builders. Each team consists of five runners/walkers, each responsible for a 5km portion of the course whilst the final km of each leg will pass through the ‘Staff Relay Village’, where colleagues will cheer and encourage you to your finish line.  Sure to build morale, camaradie, teamwork and test your fitness, overall it’s just a bit of craic with prizes for the top-finishing three teams, celebrities and spot prizes for those having the most fun. Registration is now open! 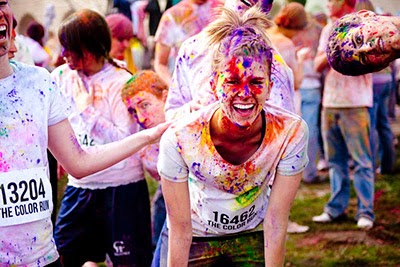 Arguably Ireland’s biggest fun run, Dun Laoghaire will yet again be covered in colour come the 25th June 2016. The Rainbow Run does exactly what it says on the tin, encouraging friends, relatives and colleagues of all ages and abilities to run or walk the course whilst being pelted with non-toxic (corn starch-based) powder in myriad colours, from red to purple, blue to yellow, orange to green – start in all white and finish fully kaleidoscopic. Great for walking, running or even just plain exercise novices, this is a non-competitive, all-encompassing event designed for fun. A new element is the Rainbow Slide, which will land brave souls straight into the refreshing waters of the Irish Sea.

Start your running year on the right foot with the Trim Athletic Bewley’s 10 in Trim, Co. Meath, on 7th February 2016. A 10-mile route taking in the quiet country roads of majestic, historic Meath, the run ends in Trim itself with goody bags and prize giving. Register before 31st January to receive branded technical running socks and visit trimac.ie for more information or race details. Act quick – entry closes on February 5th. 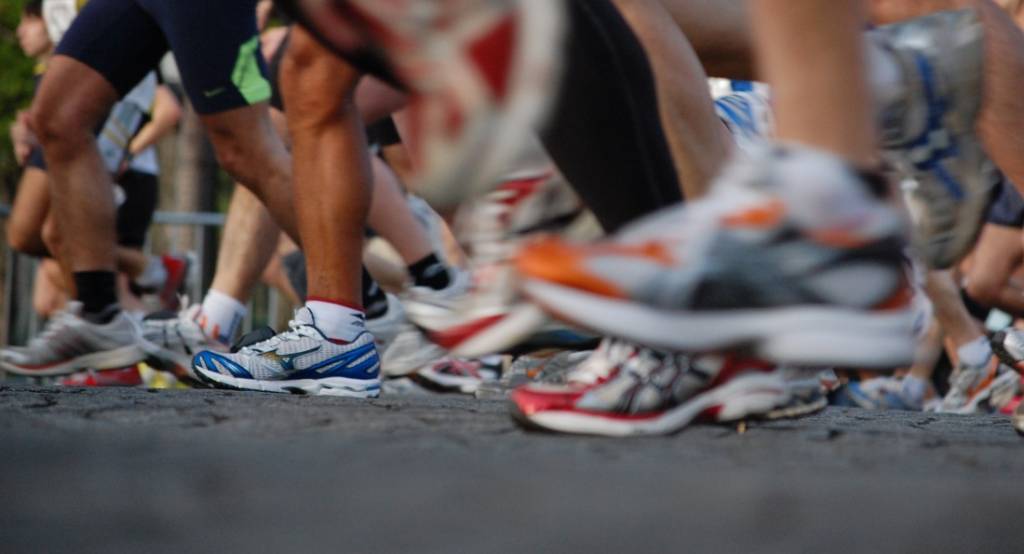 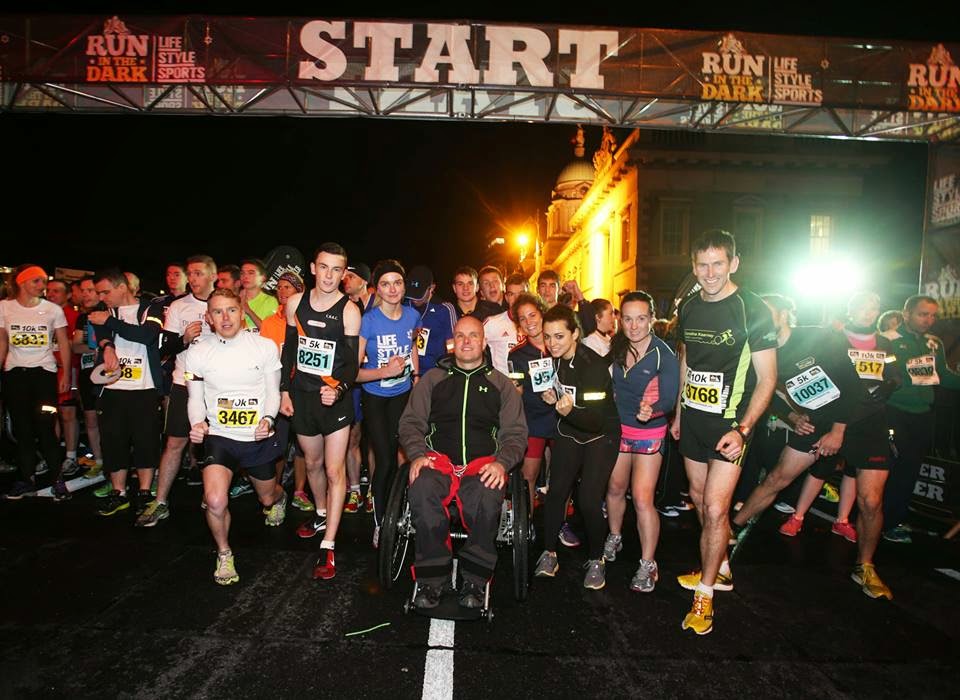 Towards the end of the year, join The Mark Pollock Trust for Run In The Dark events in Dublin, Cork and Belfast. Dust off the trainers before Christmas indulgence sets in and support the ongoing research to find a cure for spinal cord injury. Held in the city centres overnight, run (or walk) a 5k or 10k route in your luminous best. Keep an eye on the website for more information closer to the time. 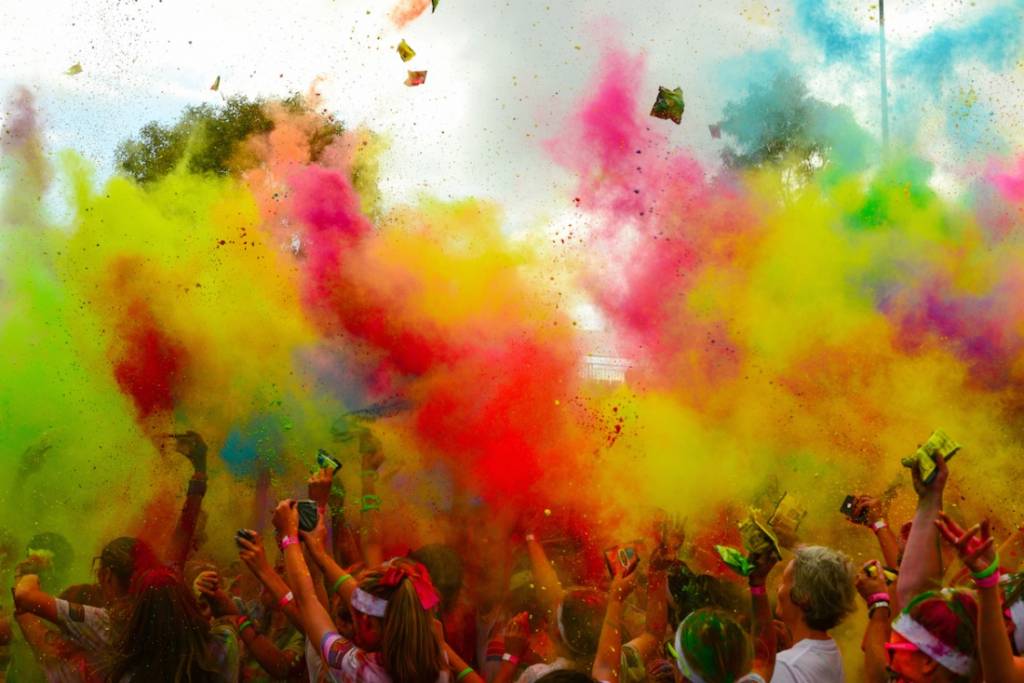 After many successful years, Irish Cancer Society’s 5k Colour Dash will return again in 2016 with events in late June/July in Dublin (Phoenix Park), Cork (Parc Ui Chaoimh) and Galway (NUIG). Each individual will be given a white t-shirt with their registration and run, walk or waltz through a 5km run, with each kilometre representing a different stage, type or element of cancer and coloured brightly to bring light and awareness to each one. 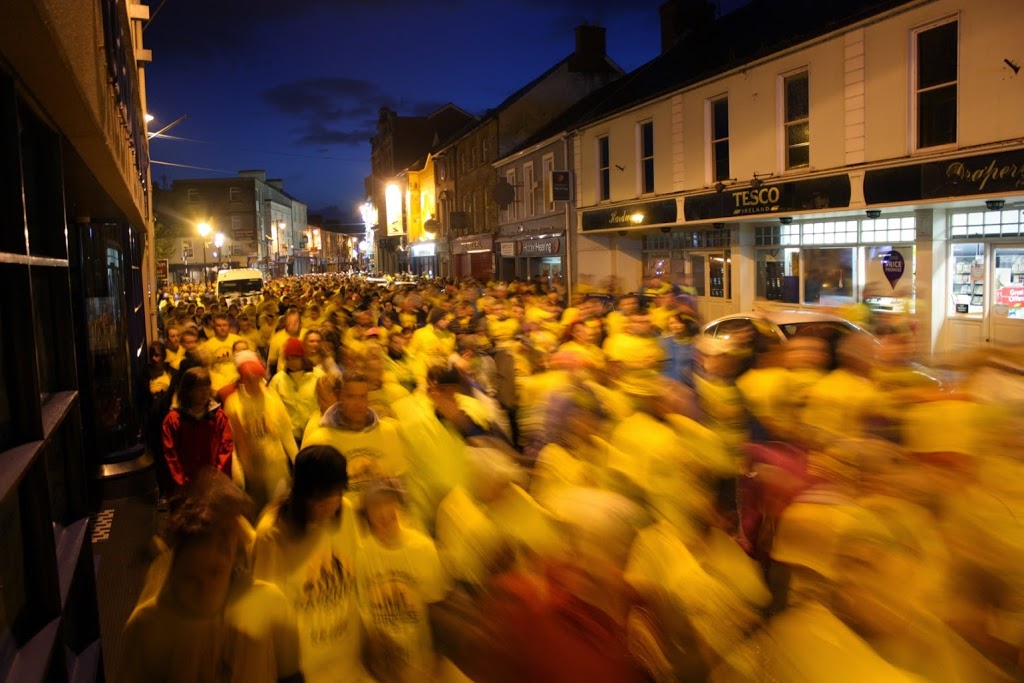 Darkness Into Light is the biggest annual fundraising and awareness event for Pieta House, the centre for the prevention of suicide and self-harm, and supported by Electric Ireland. Began in 2009 with just 400 freezing cold people at 4am in Dublin’s Phoenix Park, last year saw almost 100,000 participants. Returning on Saturday 7th May 2016, the 5km walk/run sees participants run from night to morning light in Dublin’s stunning, expansive Phoenix Park. Grab your friends, family and colleagues, wear your brightest yellow, sun-tempting threads, and share your experience with the person beside you; no one should walk alone in Ireland. 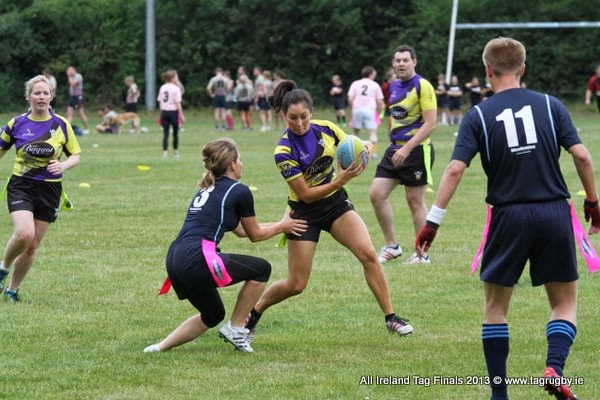 A fit company is a better company and Tag Rugby is the perfect starting point to get colleagues exercising, and having lots of fun, on a regular basis! This mixed, soft-contact sport caters for all ages and abilities, so everyone in the office can get involved. Seven player per team (max four men), but your squad can include up to 14 for substitutes and supporters. Taking place in the evenings between 6:30pm and 10pm roughly, each game is 40 minutes long and you will know well in advance the venue where your next match will be. Register a team for one of the weekly leagues in spring (6 weeks from Mar-May) and summer (9 weeks from May-July) Leagues being by far the most popular. Over 35 leagues take place across the country, six days a week. The Corporate Cup is an annual one-day tournament, which takes place in Wanderers FC in Dublin 4 in late July. Company Tag teams will compete against each other for the title of Dublin’s Top Work Tag Team.

Taste of Dublin returns to the stunning surrounds of the Iveagh Gardens in the centre of the city in summer 2016. Promising another year of fantastic Irish food and drink, expect celebrity chef demonstrations, interactive masterclasses, tasters with Irish producers and the opportunity to experience many of Dublin’s best restaurants all in one go. Whether grabbing a group from the office to head down, organising a team summer party or entertaining clients, VIP hospitality packages will also be available.

Workplace Wellbeing Day is penciled in for 8th April 2016 and companies nationwide will be out walking, jogging, cycling or swimming a mile in support. This central activity sets a benchmark for what companies can achieve and enjoy doing so on this specific day, which promotes healthier, more active, happier workplaces across the country. Take your lunchtime hour and involve as many of your staff/colleagues as possible to engage in an exercise for one mile. Register the event with nhfireland.ie/wellbeing and visit the site for more information. 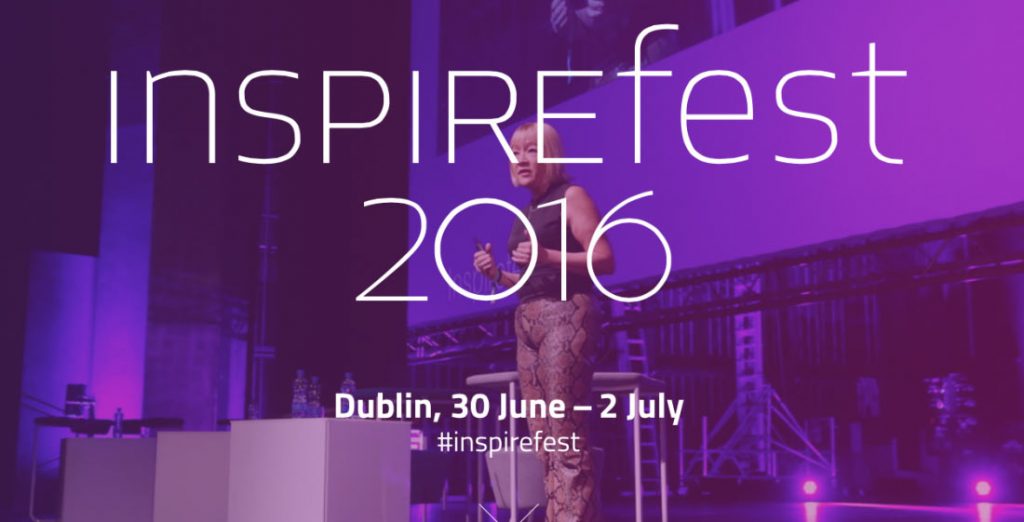 Inspirefest is a truly unique international sci-tech festival celebrating diversity and inclusion in STEM in late June/early July 2016. A core two-day conference will return to Dublin’s vibrant digital hub, the Docklands area, and will explore and enourage pionerring thinking in entrepreneurship, technology, science, business, design, society/the arts and leadership. A great excuse to enjoy fresh thinking and mind-expanding debate with colleagues or those like-minded! 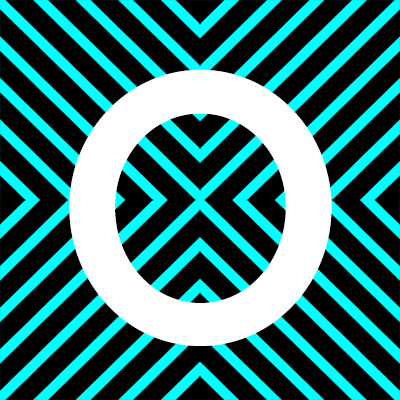 Since its launch in 2009, OFFSET has become one of the world’s most inspirational, educational and vocational conferences for the design and creative industries (graphic design, photography, illustration, animation, fashion, film, industrial design and art). With over 2,500 attendees a year, the majority of which are 18 – 35, the must-see speakers and hands-on workshops are populated with makers, innovators, influencers and educators, representing industry at all levels – everything from awe-inspiring personal projects to huge global campaigns. This year’s festival will be held at the Bord Gais Energy Theatre from 8 – 10 April 2016.