Giving is Good for You and We’ve Made it Easy

Giving is Good for You and We’ve Made it Easy

We’ve all heard the expression, ‘giving is good for you,’ and most of us can relate to that warm feeling we get when we do something good for another person. It can be anything from visiting an elderly relative, to running a race for charity or volunteering to help a good cause. Whatever the action, the result is generally the same. We feel like we’ve done something really worthwhile. It’s one of those rare win-win scenarios where both parties benefit.  In fact, studies  have shown that giving activates regions of the brain associated with happiness.  Indeed scientists have gone so far as to say they believe that altruistic behaviour releases endorphins into the brain, producing the positive feeling known as the ‘helper’s high.

But despite all the positive side effects of giving, it’s not always the easiest thing to do. Why? Simply put, many of us just don’t have time to volunteer for our local charities or drop off goods at a charity shop, despite the best of intentions.

The truth is, giving might be good for us, but sometimes giving is not easy. Yet it is crucial that we support charities. Food poverty, for example, is one of the biggest issues facing Irish families who are still struggling with the ravages of the recession. Shockingly ten per cent of people in Ireland live in food poverty. That means today there are children going to school hungry and tonight there are adults who will skip dinner to make sure their kids get fed. Indeed, there’s been a huge spike in the number of families availing of ‘free meals’ from the likes of St Joseph’s Penny Dinners, The Capuchin’s and Crosscare.

Just imagine it. In modern 21st century Ireland, some families cannot even afford to put a proper hot meal on the table. It’s incredibly shocking, but it is happening in households around the country.

That’s why we’ve decided to help and we’ve made it easy for you to help too. For every order we receive from now until the end of January, we will donate one box of fruit to Crosscare Foodbank

Crosscare is an amazing organisation. Established over seventy years ago, its primary function back then was to address the effects of food poverty on the population. Sadly, all these years later we haven’t fully solved the problem. In 1989 Crosscare decided to establish its food banking structure and now annually diverts hundreds of tonnes of food from landfill and redirects it to those most in need, via their foodbank, their community cafes, meals on wheels and through charities like St. Vincent de Paul who work directly with those most vulnerable in our society.  However, in Ireland a staggering one million tonnes of food waste is disposed of each year.

Last year Crosscare distributed an estimated 1,200 tonnes of food to the most marginalised in our society. Shockingly that figure was almost double the amount distributed in 2013 (750 tonnes). Clearly the problem of food poverty is growing.

Crosscare’s work is therefore crucial in helping marginalised families and vulnerable people in the community. As well as distributing food to those who need it and to charities via the food banking system, they are also redeveloping their food centres into ‘community cafes.’ Essentially, the aim of these two cafes (on Holles Row and Portland Row, Dublin) is that local communities have access to an affordable home-cooked meal in a friendly environment. But more than that, they aim to focus on issues that affect the wider community and have established links with local groups and services, to help and compliment areas that may need relevant assistance i.e schools, health centres and local employment services.

Crosscare provide a wonderful service, but they clearly need help. So if you’d like to take a big and very easy step to tackle food poverty in Ireland then it’s a cinch to get involved. Just order a box of healthy, delicious fruit for your workforce from now until the end of January and you’ll be helping Crosscare to assist Irish families most in need. Plus the donation will be made on behalf of, and in the name of the company that orders a fruit box.

About the Author: Hilmon 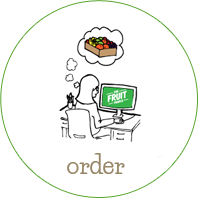 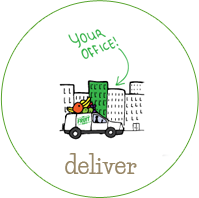 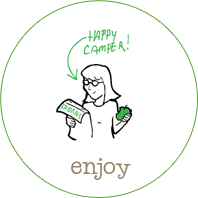 We use cookies to ensure that we give you the best experience on our website. If you continue we'll assume that you are understand this.OkLearn more