The story of a true Irish fruit success story…

Previous Next
The story of a true Irish fruit success story… 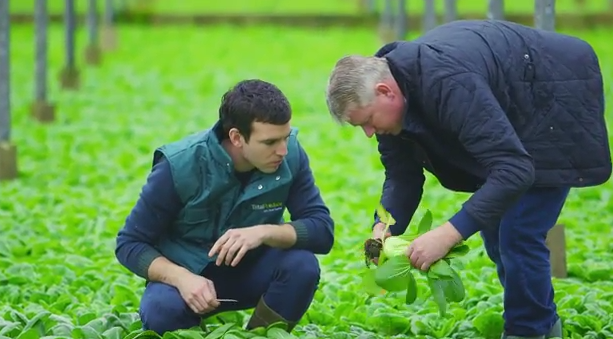 Channelling over a quarter of a billion cases of fresh produce from over 90 locations across Europe annually, from humble beginnings, Total Produce has grown into an indigenous Irish company to be proud of. Borne of the north east, it continues to grow, and has a unique history that we wanted to delve into. So, we spoke to Niall Quinn about the past, present and future of his business and the industry.

Total Produce began life as a modest fruit & vegetable wholesaler in the North East in the 1850’s, a very different time in Irish society. In 1958 Neil McCann took over the family business, “McCann Fruit” and a period of national growth followed.  According to Niall, his philosophy was simple, and seems to last until this day: the needs of customers could better be served by diverse fresh produce providers bringing together their collective resources and leveraging their strength to deliver better value.

Over the decades that followed McCann Fruits joined with other wholesale businesses across Ireland to become Fruit Importers of Ireland (FII), the nation’s largest wholesaler. In 1986, FII bought Fyffes ltd in the UK and assumed its name.  A period of internationalisation followed with subsequent acquisitions across Europe. Often, this can cause problems for a growing company, but Niall says that “the underlying philosophy remained the same and by expanding internationally we were becoming not only a bigger company but a better company, by virtue of our extended reach and new contacts.”  In January 2007, Fyffes demerged, creating Total Produce. Today, from humble beginnings in Dundalk, Total Produce is Europe’s largest fresh produce provider! 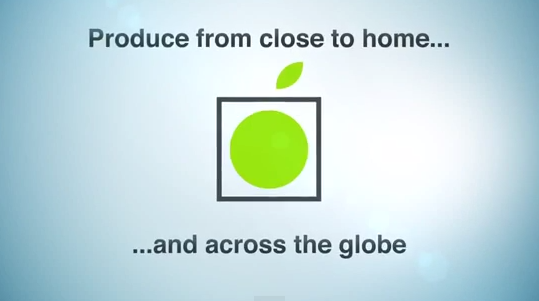 Of course, within that time, the way we do business in the fruit and veg industry has completely changed. Even since we began delivering fruit around Dublin in the past few years, we’ve noticed logistics improve, and Niall agrees that change is constant. “Obviously, the world has become an infinitely smaller place in the last 100 years.  There are many reasons for this.  Some are physical- advances in infrastructure, for example. Others are political, the advent of the EU and the opening of borders revolutionised the European trade.  Others are technological: the internet has transformed how we communicate across our global industry while there have been huge advances in extending shelf-life which have opened up new sources and facilitated 52 week supply of products once deemed ‘seasonal’.”

In many respects, many of the traditional barriers to entry in our sector have fallen- it is not as intimidating as it once was to import from far away place while new barriers to entry have arisen, and that’s something that we as a company have benefitted from. But the more things change, the more they stay the same. Niall says “irrespective of advances in technology is that produce remains a people business.  Personal relationships; a handshake and the trust implicit in it remains at the heart of all that we do and it was no different 100 years ago.  Our relationship with growers in many instances goes back 30,40, sometime 50 years.  The farmers we use are tried and tested and have proven themselves over and over again.  Moreover, we work hand in glove with them, in close partnership.  We provide agronomic support, investment, marketing support- we’re in it together.”  You can meet some of the Total Produce growers on www.locallyfresh.ie 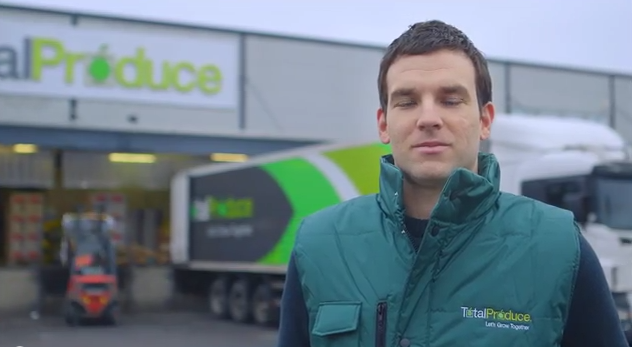 Like us at The Fruit People, Niall has also seen a shift in the workplace. “There’s certainly an increasing recognition of the importance of eating healthily, both in the workplace and elsewhere.” he says. “Companies are increasingly recognising a responsibility towards their employees to provide nutritious lunches in canteens, for example and of course the Government is doing a lot of work in schools to encourage children to eat sensibly at lunchtimes, with schemes like the Food Dudes initiative. There is also more competition too, however with a variety of “substitute goods”  vying for the all important healthy snacking market.  However, the quality and variety of fresh produce available in Ireland has never been better and we’re fortunate that fruit continues to top the list of healthy foods in the mind of consumers.”

The best thing about the fresh produce sector is that it is forever changing, and like ourselves, Total Produce have prospered because they embrace change says Niall. “We try to anticipate it and tweak our services and our offerings accordingly, rather than fight it.  Changes in retail have undoubtedly altered the commercial landscape in our industry; there are less independent retailers, pricing has been affected, consumer buying habits have altered. However, our company is structured to cater for individual market segments independently, be they wholesalers, retailers, foodservice professionals or processors.”

With impressive growth plans and a footprint across Europe and the world, Total Produce is a company that we certainly aspire to emulate. From little acorns and all that!