One of the first signs that Spring has sprung for me is spotting the first bunches of pinkly delicious rhubarb. Rhubarb is one of the few fruits (well, a vegetable actually) that has escaped year-round availability and is still seasonal. While I love strawberries, for instance, there’s something a little weird about seeing them on shelves in the frosty cold of January. I also think that there’s far greater joy in having to wait for a fruit or vegetable to come into season… 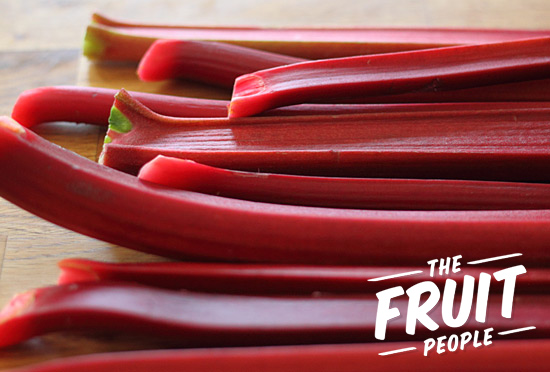 Growing rhubarb is relatively easy, and it enjoys the mild Irish climate. It’s possible to grow the plant in large pots as long as the pots are big enough to allow for growth. Because rhubarb is considered a perennial, it is left in the ground and will continue to grow for at least 10-15 years. Rhubarb isn’t harvested in its first year as the soil needs the nutrients to go back into it, but from year two you should have an abundance to harvest. You may even get two crops in a season. Some rhubarb is grown in heated greenhouses and can be available year around. In a climate that is continually warm, rhubarb will grow all year long. In colder climates the plant will disappear during the winter months but will grow again as the weather gets warm. 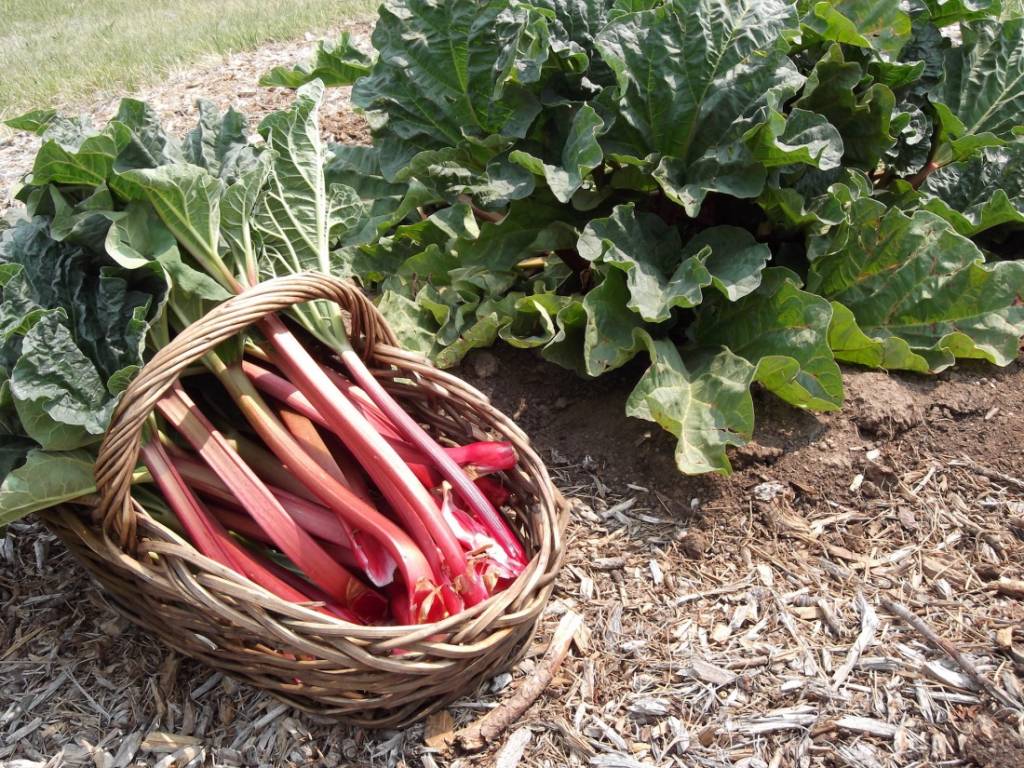 Rhubarb is very resilient and can go for longer periods of time without water, unlike other vegetables. It usually needs little tending to apart from adding fertiliser and compost for nutrients with each new season. It is best to be grown from the crowns of the rhubarb instead of growing from seed. Plant it in the early part of Spring when the temperature of the soil is still low. It is best to plant the crown approximately 4 inches into the soil with the crown of the bud at 2 inches below. Harvesting rhubarb is done by cutting stems at the level of the soil or by simply pulling up the stems.

Rhubarb is part of the dock family and has been used in Chinese medicine as a powerful disease fighter for many years, particularly for constipation. A compound called anthraquinones gets things moving as well as the high fibre content. Regular servings act as a mild laxative so don’t over indulge! But this is a safe, natural remedy for a common digestive problem.

Also very effective to lower high blood cholesterol, rhubarb works in several ways. The high fibre content helps push dietary cholesterol through the digestive system so that it can be excreted. Rhubarb also inhibits certain enzymes involved in cholesterol synthesis meaning less cholesterol is produced. And rhubarb is also very high in vitamin C which keeps heart tissue healthy which prevents damage and clogging of the arteries. Great for the immune system too! 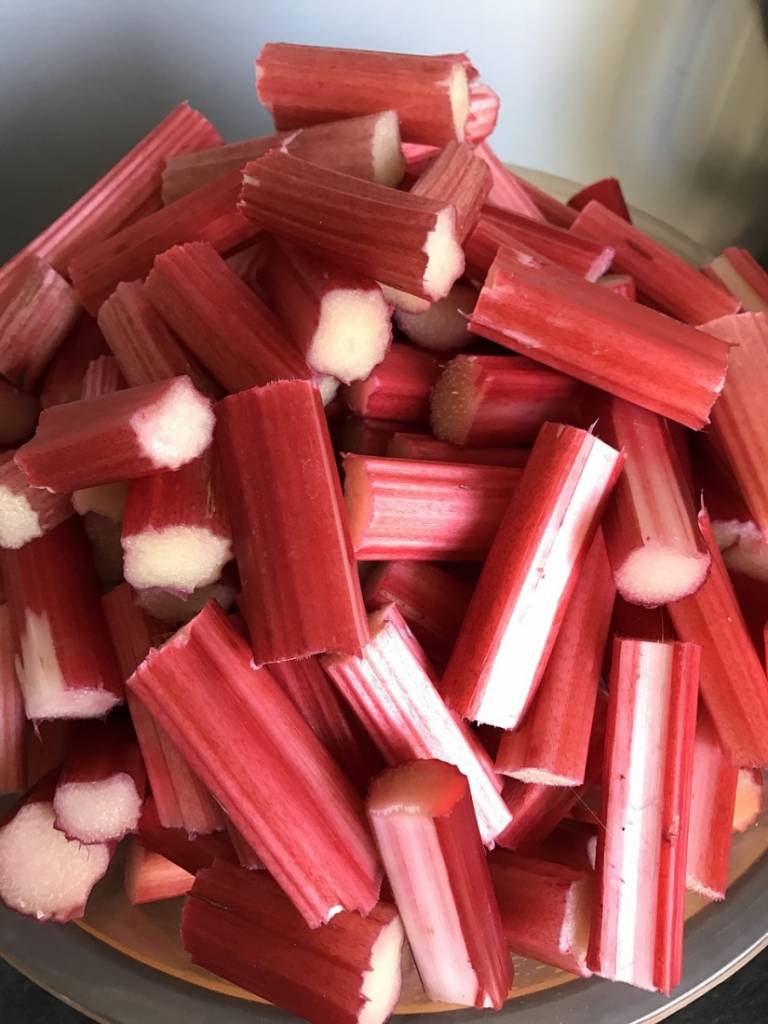 Unfortunately rhubarb doesn’t agree with everyone as it contains oxalic acid which can aggravate certain conditions such as gout, rheumatism, arthritis and people prone to kidney stones should avoid it. It is this same acid that will get any stained pot sparkling like new if you boil up some rhubarb in it. It’s particularly effective on horrible grill pans that seem beyond salvaging.  A very old fashioned remedy but it works!

Rhubarb is very tart by nature, but I think this is part of its charm too. Studies have shown that those who regularly eat bitter or sour foods tend to eat less sugar and sweet foods. This makes sense to me for if you enjoy a wide range of tastes, you won’t just go for sweet foods. We’ve been conditioned by processed foods to expect and want that very sweet taste.

How to Poach Rhubarb

Chop up the a bunch of rhubarb stems and discard the leaves. Wash under cold running water. Add to pot with a splash or water or fruit juice. To sweeten rhubarb I often mix it with other fruit such as pears, apples and strawberries. Then I only have to add a little sugar or honey. Poach for ten to twelve minutes so that the rhubarb is tender but still has a firm texture. I love poaching rhubarb with spices such as cinnamon, ginger and star anise to add a warm aromatic flavour note? This way you can also have several different poached rhubarb recipes to keep things interesting. Serve hot or cold, it’s very transportable for work as a porridge or yoghurt topping – great breakfast idea or afternoon snack! 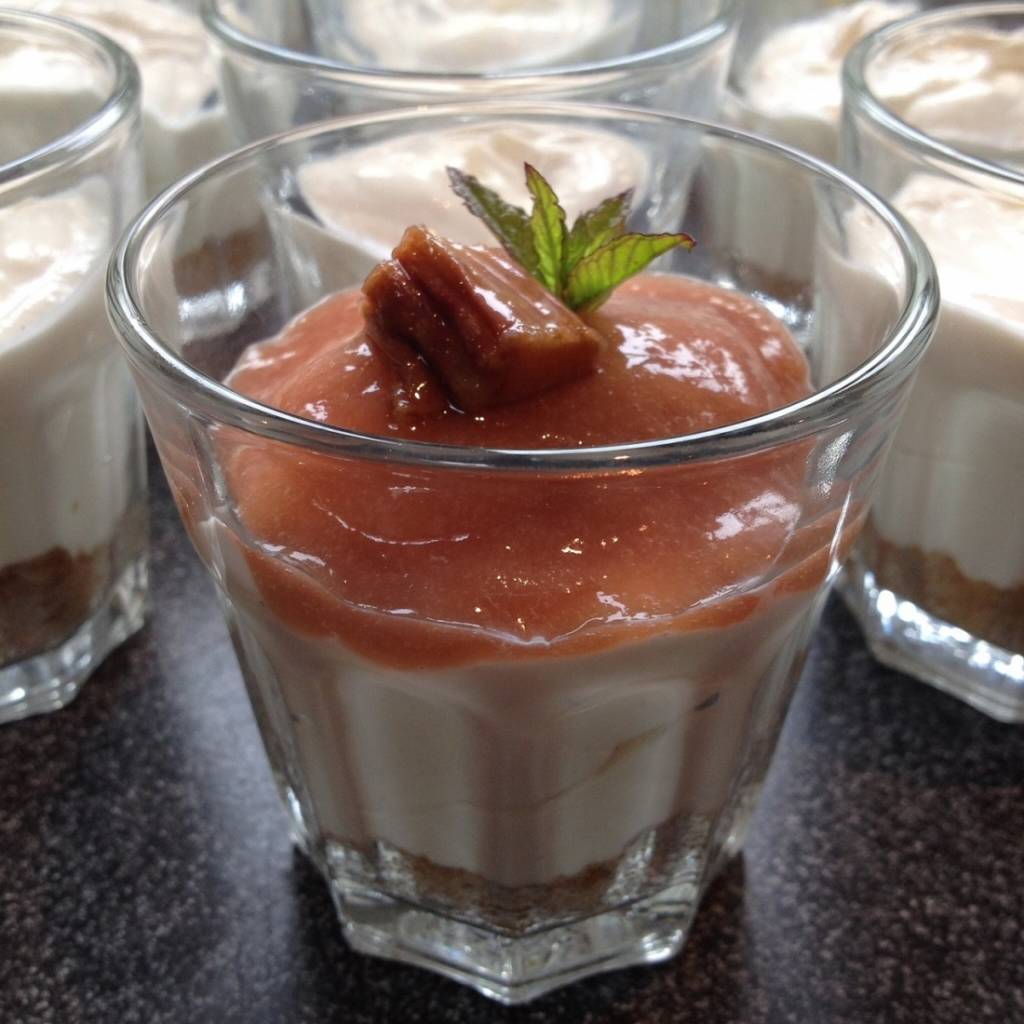 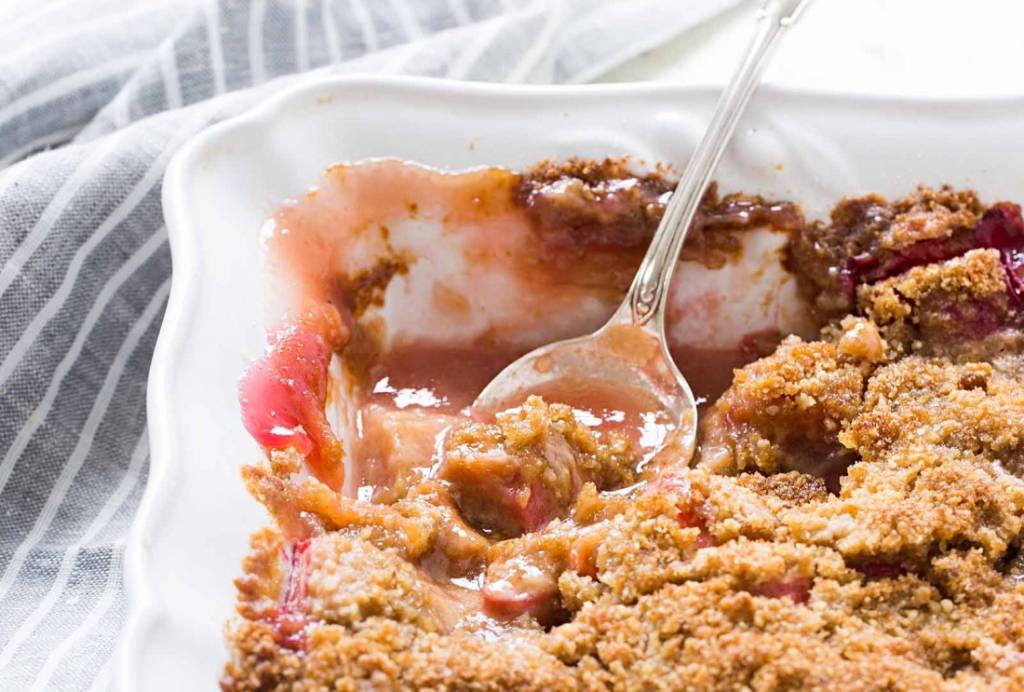 2. Trim the rhubarb, wash and cut into 3cm lengths. Place in saucepan with the lemon rind and 1 tablespoon water. Cook, covered, over a low heat for 5 minutes until softened. Stir in the honey and remove the lemon rind.

3. Peel, core and cube the pears and combine with the rhubarb. Pour into a 1.5 litre dish and smooth the surface.

4. To make the topping, combine the oats, flour and brown sugar in a bowl. Rub in the butter with your fingertips until crumbly.

5. Spread over the fruit and bake for 12-15 minutes until golden. 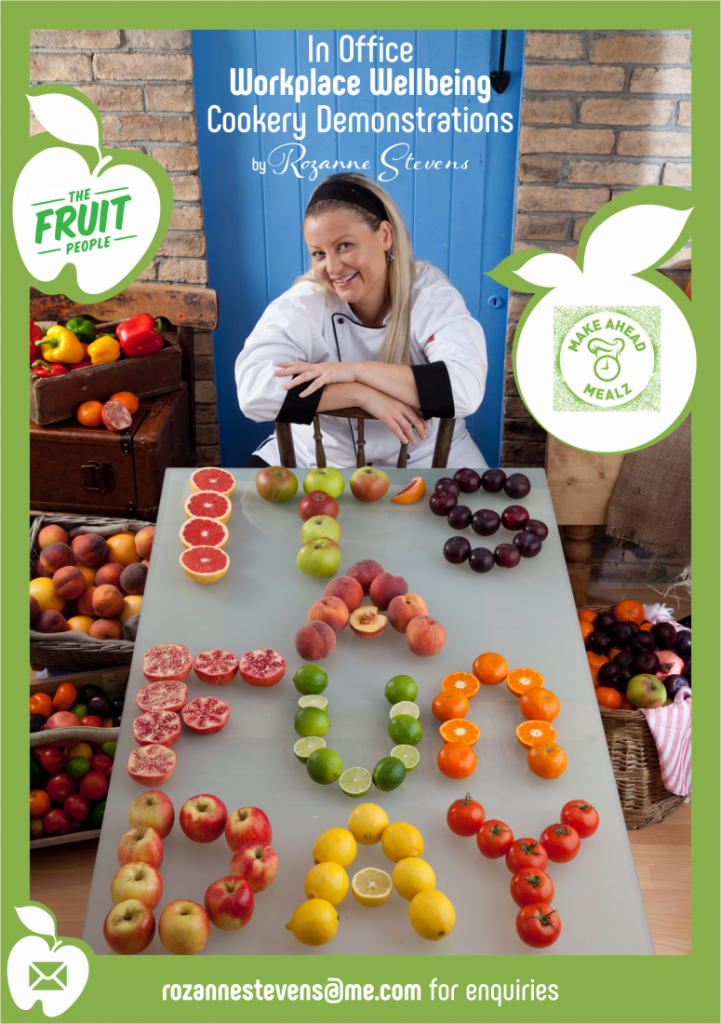 Rozanne Stevens is acclaimed chef, author and cookery tutor from South Africa based in Dublin. For more WorkPlace Wellbeing foodie content connect with Rozanne on Twitter,Instagram and LinkedIn.